-Worked with legislators to craft/pass a resolution that annually requires the sitting Governor of NJ to declare, by proclamation, May is Brain Tumor Awareness Month.

-Group of KRF supporters visit the “Today Show” in May.
-The Newcomers Club names KRF annual benefiting charity of their events & Metedekonk Sailing Club Holds “Sail for a Cause” for KRF.
–Donated $95,000

-Kristen asked by CHOP to be a family advocate to go to D.C. to thank NJ reps. for support of pediatric cancer and encourage continued support.
-Launched our “Go Gray in May” Awareness campaign.
–Donated $105,000 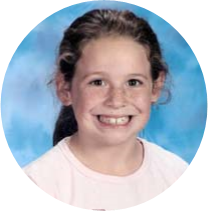 -All fundraisers excel beyond previous year totals.
-KRF joins with 3 other pediatric brain tumor charities to collaboratively raise funding for the Open DIPG Project.
–Donated $145,000
*Donations made by others in KRF’s Name $19,780

-Dr. Cassie Kline named as the inaugural The Kortney Rose Foundation Clinical Research in Neuro-Oncology at CHOP.
-Record raised at “Great Food for a Great Cause fundraiser“ at all Turning Point Restaurants.
–Donated $100,000

KRF is responsible for over $2.6 Million in donations to pediatric brain tumor research from 2007-2020.